The 2019 general elections may seem really far fetched at this point of time but are we (as the general public) really ready to face the problems our beloved candidates (or their parties for that matter) are starting to conjure ?

As a consumer of a lot of YouTube content , I have often found myself laughing at a good number of white folks loving what Trump says and believing outrightly whatever appears on their twitter feed. To be fair , why shouldn’t they ? There has never been such a direct connect between the leader of the free world and the general public. They know what mood he is in ; what they can expect to happen the next day. It has never been so direct and personal. I wonder, if President Obama ever used something like this, they would never had someone like Trump in office in the first place. The whole campaign was run on the theme of an attack on the DC elite and how no one could ever know what really went in their minds and hearts. People love listening to the most powerful person of their country and they are loving it now. The question is “Is Trump really the right guy to enjoy ?” . Russian interference in the elections of the west has always been there . The Kremlin doesn’t care if the cold war is over or if it is in a direct conflict with the west or not. The American propaganda of promoting and installing democracy as the best form of government in some eastern European nations (formed off from the USSR) still hurts them. They played up race cards depicting Hillary as an enemy to the black , stirred up the resentment of the white working class urging them to go for the “progressive” candidate of the Green party Jill Stein. It was well crafted.

We could go on analysing the US election to no end and only end up collecting mind boggling facts which remain true only for the person who states them. It could be termed as FAKE NEWS. With a country so diverse and prejudiced as ours it will not require the Kremlin or ISI to plant fake truths to influence the Indian elections. We have good craftsmen of our own. How often do we see a 1000 character long WhatsApp message claiming that our country is spearheaded on the path of ultimate 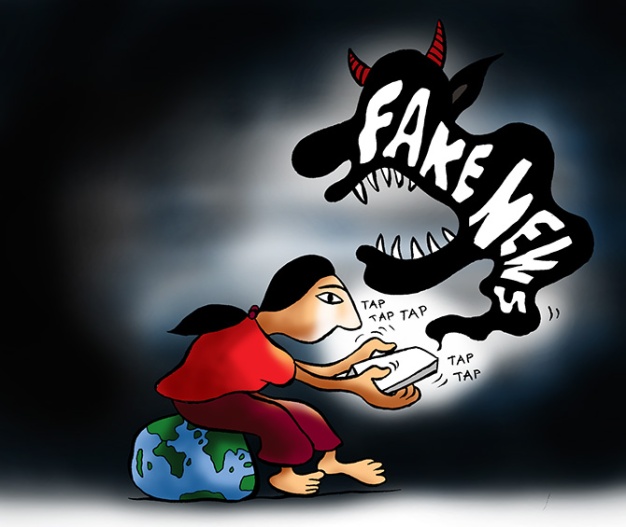 success after the advent of so and so leadership or news about how boycotting some stuff and consuming other can really help boost the economy locally or globally. There is no extent and measure of the falseness in these messages. For example a few months back, the photo of a dead soldier went viral – with a message claiming that the body was that of a soldier, Tej Bahadur Yadav, who was in the news for his video complaining about the bad quality of food in the Border Security Force. After research, it was discovered that the image was from a Maoist attack in the central state of Chhattisgarh. This is really dangerous as it seriously questions the handling of the military forces by the government . More than that it terrifies people. Next time someone wants to complain about a critically poor service of the government , he/she would surely fear images of his dead body doing the rounds on the social media. This can be really bad in a democracy which has been found on the principles of asking questions/giving feedback. This is one of the problems urban India faces. With the advent of cheaper smartphones and dirt cheap data plans , the situation is even more terrible in the rural parts where villagers will believe almost every thing they see. India is now the second largest consumer of data after China with about 355 million active users per day. Spreading fake news becomes easier in closely knit sub-urban areas because you can find almost one member from every household in the gram panchayat group. This is terrifying.

As an Indian I have the liberty to say that we love sensational news. Sense comes after the sensation is over. An obscure figure not respecting a cow or a Muslim looking guy reading out some anti-national phrases is generally enough for people to go looking for an axe and a scapegoat. In July, a rumor that a gang of men was supposedly abducting children in the central Indian state of Jharkhand was spread via WhatsApp. It soon mobilized a mob of several hundred people who ended up killing seven men. The rumor proved to be false and the slain men turned out to be innocent.  A really dedicated individual can easily inflame the sentiments of the masses here and riots between religious sects are more easy to manufacture than a well imitated Marlboro Red cigarette pack. In the couple of years gone by , we have had riots like never before. Communal riots are on the rise every year. In 2013 the UPA government a spike in communal rioting due to the Muzaffarnagar riots, which led to UP reporting 247 incidents that year. The Samajwadi Party government in UP had blamed BJP leaders for instigating riots. [ Read more at:
//economictimes.indiatimes.com/articleshow/51130192.cms?utm_source=contentofinterest&utm_medium=text&utm_campaign=cppst ] 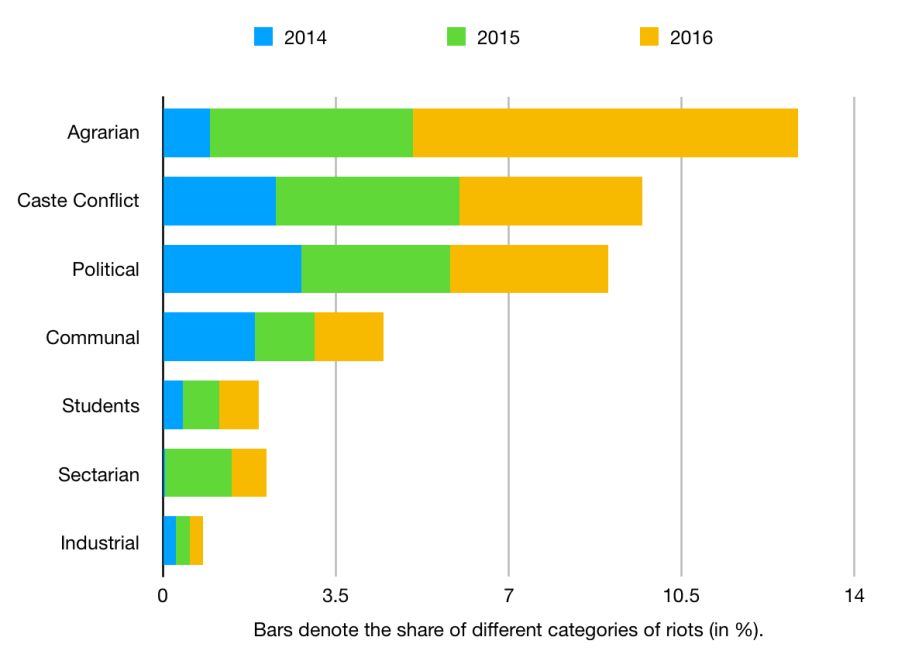 The caste and political conflicts are here to stay. They are backed by men with Scorpios and armoured body guards. The easy thing however is eradicating fake news that helps their cause. In an avalanche of information, it of course is an extremely daunting task. We do not have a lack of resources though. “India has over 400 news channels in various languages and another 150 channels are awaiting clearance. We also have tens of thousands of news papers and magazines. But the quality of Indian journalism is poor, as evidenced by the fact India ranks 136 among 180 countries in the index compiled by Reporters Without Borders, an NGO. ” (taken from DW.com) It is the quality factor that needs to be seriously improved. After all we saw on Sridevi’s death , Indian journalism holds the seriousness of a 6 year old choosing a life profession.  We are in dire need of a workforce that can identify truth and false for us ,  can present data in its raw form , can be trusted so that everyone gets back what is rightfully theirs : Right to choose sides and absorb information without being wrongfully influenced.

This was just an intro article about how if we do not prepare ourselves with a good enough machinery to tackle fake news that surrounds us , we might in fact once again be voting in 2019 for artificial facts and figures that can hurt for half a decade. And if you don’t care about who rules the centre or the states maybe you can care about human lives that are at stake everyday and give this issue a thought. After all we might not want to be a laughing stock for the world in 2019 when all the jokes about Trump are over !!